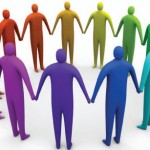 From my understanding about the new rules of team building, Professor Richard J. Hackman of Harvard University speaks about challenging the ‘Conventional wisdom’ of team building by stating many key points. ‘Conventional wisdom’ means a belief, idea or explanation that is widely accepted by the public or persons involved in the belief, idea or explanation.

To begin, let us first jot down the key points in the ‘Conventional wisdom’ of team building.

They are the following:

– When teams work together for a certain period amount of time, their teamwork reaches a peak where they no longer improve as a team.

– Team members have the tendency to quickly forgive one another of their mistakes.

– Team members no longer enforce Standard Operating Procedures and have the tendency to justify one another of their mistakes.

– By regularly adding and changing new members, this creates teams on constant alert to improve.

From my understanding and readings from outside sources, the objective of team building in the working environment is to create a collective output from each individual within the team where tasks being done mostly require different skills, experiences and judgment to establish maximum actual performance greater than that of an individual.

Professor Richard J. Hackman challenges the above points of ‘Conventional wisdom’ of team building through the following points:

a. Speeds up the process of decision making.

c. Being able to clearly define individual contribution for the impact of team performance.

Example: You can’t make 9 different women carry a baby one for each month until the baby is born. More people means slower process.

– Teams should not consistently change members and stay together longer. Why?

a. Familiar with strengths and weakness of team members.

b. Do not have to spend time and energy to orient themselves with one another.

– Teams must have clear direction and definition. Why?

a. To understand team objective.

b. To maximize individual talents.

c. To understand elements of organizational support within team.

e. To point out the ends of achievement.

f. To explain why the pursuit of direction.

– Emphasize leadership through coaching and promote self management.

a. Hands on coaching but not dictate details to team members from the leader.

b. To plant and refresh individual motivation.

c. Avoid Social Loafing -> Social loafing is when a team member hides within the team expecting that since being in a group of individuals, a team member has the right to soften and create less effort of contribution and commitment towards the team. This happens due to the lack of motivation from a particular team member.

– Reassessing teams after 3 months. How? Why?

– Team support from leaders and organization. Why?

a. Team members should know that they are being supported by leaders as well as the organization to create freedom and confidence to perform. 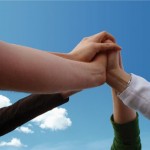 – Team building is not necessarily better than doing tasks individually (Depending on the task and objective).

– Social Loafing is a major factor to the erosion and ineffectiveness to team building.

– Individual motivation and skills within the team structure is vital for maximum team performance.

– Team unity and understanding is built through time.

– Understanding the goal, purpose and approach of each individual & team is key to maintain persistence in team building and performance.

In a closing remark, not did I only learn about team building through the readings, but I personally have reflected my own individual improvement for the sake of my own future. I am able to increase my abilities and behavior towards achieving team performance by understanding my individual contribution while staying motivated to always challenge conventional wisdom by searching for constant improvement within every idea, belief and approach. It is the leader that creates leaders that is important to building teams as improving one’s life through knowledge is what truly matters.